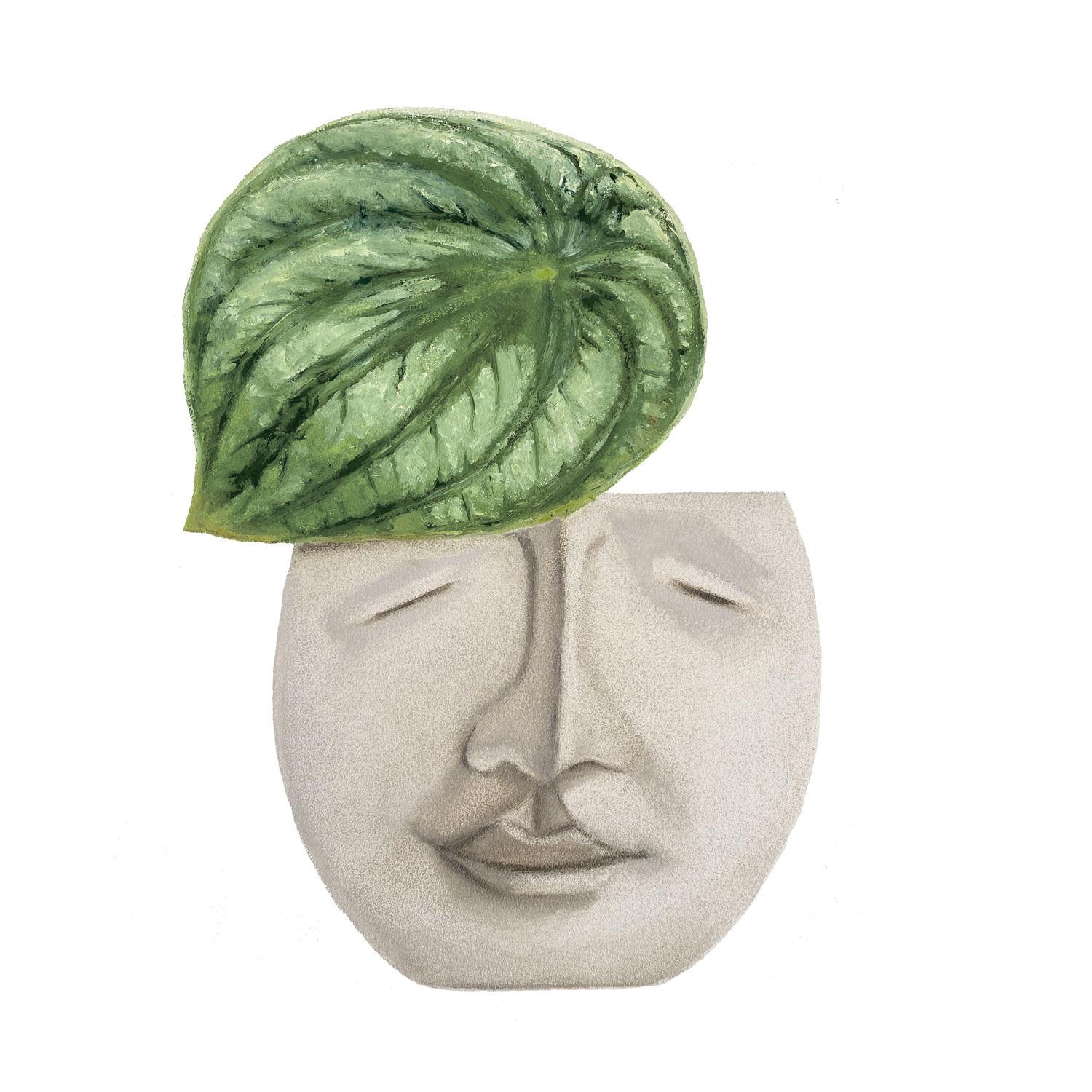 This little painting was the first of a series called the Potman Series. I was asked if I could do some greeting cards for a local plant nursery. My head filled with ideas of how could I convey an emotion through a painting of a pot plant and then convey that onto a card. The idea that the pot could display various expressions seemed to work and so the Pot Man series began.

The plant is the Watermelon Peperomia, and it had such fabulous foliage that it needed to be painted. It is also considered to be lucky in Brazil and it is given as a gift to provide reassurance that says: ‘Everything will be alright.”